skip to main | skip to sidebar

It is not a hype, ...the ALS ICE Bucket Challenge is already going on for at least 70 years

Impactroom is a personal research blog on life, leadership and management issues by Gert Van Mol.

Gert Van Mol founded The Wall Street Journal Europe Future Leadership Institute (later to become 'The Future Leadership Institute') as well as The International Student Senate. He is also Non-Executive Director EU Policy at OLPC (One Laptop Per Child). Between 2011 and 2013 he was CEO of the TV station Life!tv. In 2013 he became CEO of Skyview, an Amsterdam company installing permanent Giant Ferris Wheels in top tier European cities. In 2015 he was asked to execute the Chapter 11 (WCO) conditions of www.foto.com for the Belgian court of Nivelles.

Impactroom evolves around questions such as: What is the difference between a manager and a leader ? Should we read expensive managementguru books or just pass them around as gifts ? Are excellent male managers better fathers ? Why are managers spending more time with their colleagues than with their own family ?

About the 'Mothers*' in the title of this blog? Mothers are managers by nature, although they don't see it that way most of the time. Important lessons are to be learned from women with children. They are the future topmanagers.

Gert Van Mol will speak at Lessius about the dangers of Product Placement, 8 june 2012.

Gert Van Mol spoke at Rotary Kortrijk about media, the position of a male oriented publishing house and leading a television station. 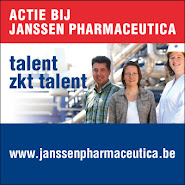